Building an underground base in Minecraft is a cool way to store your items, build a home, and change up your game. It is usually more difficult to build underground in survival since you will often need to dig out rooms and hallways. Regardless, there are some clever ways to make building underground easier like using existing cave networks, efficiency enchantments, and beacon buffs.

If you’re finding that you build the same old base every time you play Minecraft, building an underground can be a really unique thing to build in Minecraft.

Here are some pros and cons of building an underground base in survival Minecraft:

Now that you have settled on building an underground base, we have compiled the coolest designs to give you some inspiration and ideas. Here are our favorite designs!

1. Basic Base (with Storage Room) 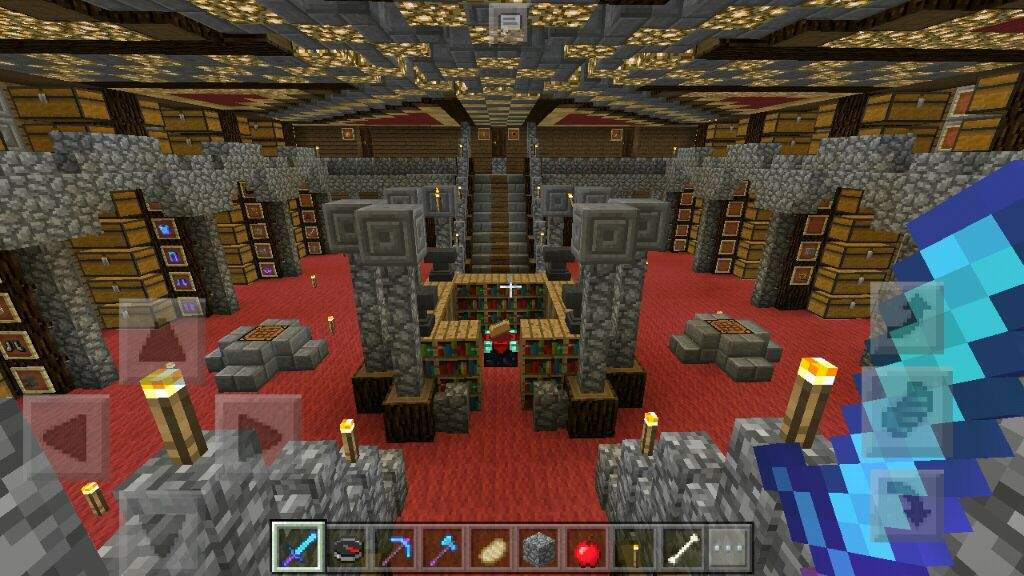 This underground base design has a nice storage room with a convenient enchanting nook in the middle. Note the use of lots of glowstone and torches to ensure mobs are not spawning and the area has proper lighting.

This is a large underground base built in an existing cave network that was naturally generated. The builder added lots of grass, trees, water, and vines to give the appearance of a lively “above ground” village that is underground. 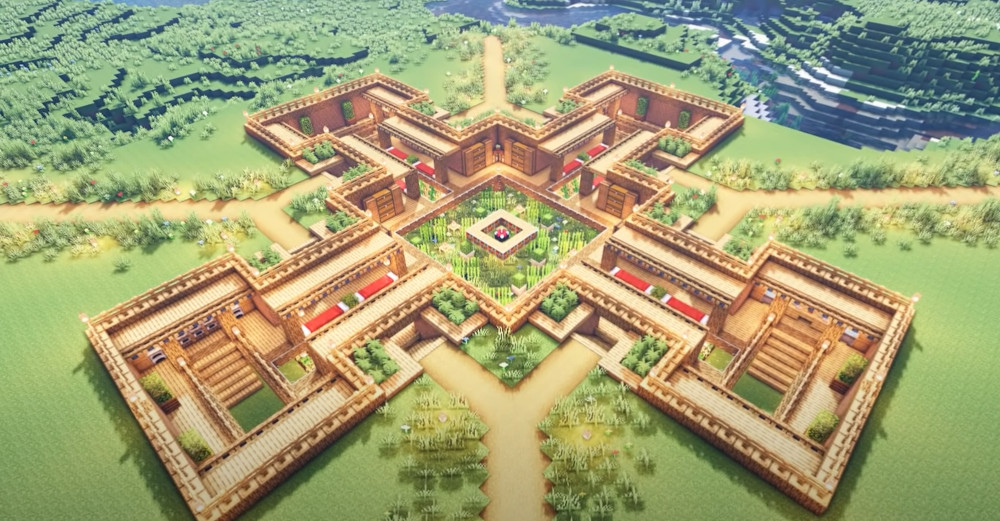 A unique take on underground bases, this build is “below the ground” but is not covered in dirt or stone. It remains completely open to the land above it, except for some glass. 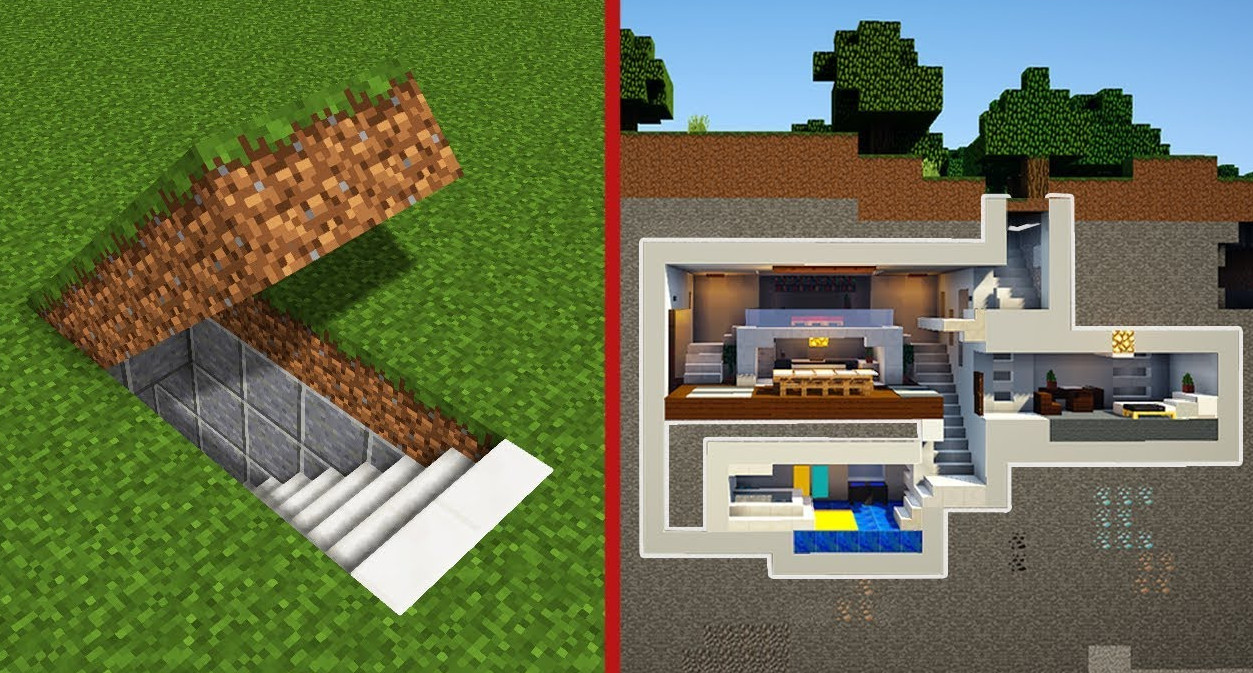 Modern base, but underground? Look no further! This base built by WiederDude is a great take on a modern luxury apartment, but underground. It even has an secret entrance! 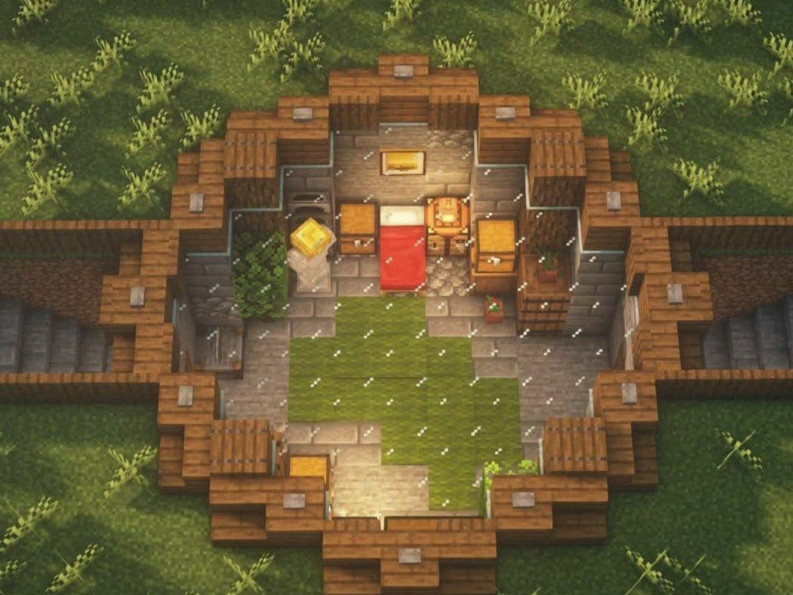 If you want a small and easy underground house, this is the design for you. This base features a fairly small room built underground with a glass roof for natural sunlight. Watch out for monsters at night walking on top of the glass! 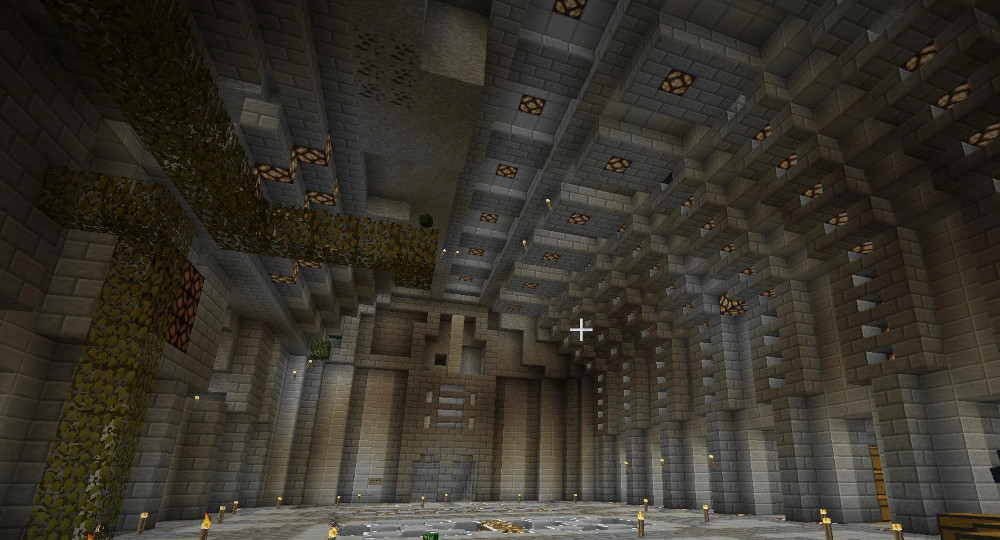 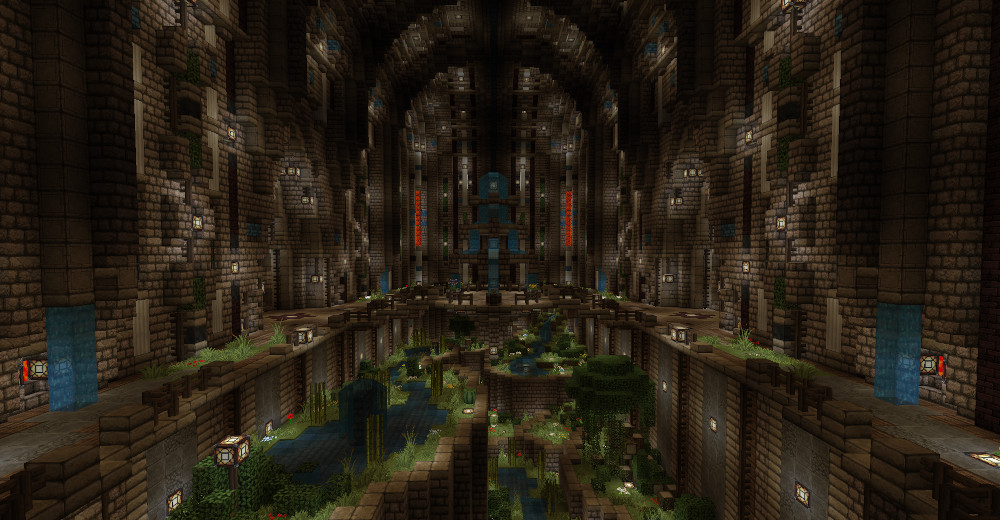 In this grand underground base, there are stone brick walls, water features, beautiful gardens, and walkways! Note that larger builds like this often struggle with lighting and tend to be darker in general! Something like this would be a ton of work on survival mode, it may be better suited to creative unless you want a challenge.