Minecraft statues are one of many things you probably should build in Minecraft. They can be built on either survival or creative mode and are usually not too hard to make, depending on the size. Often they are made from stone, concrete blocks, wool , or even diamond blocks. The material you use is up to you, and will depend on the kind of statue you build.

In general, most statues will be inspired by some sort of object, living thing, or metaphor (whether in the game, or in real life). Some objects you can build are tools in the game (pickaxes, axes, shovels) and item drops (like diamonds from mining).

Other statues in Minecraft are inspired by living things like Minecraft players, mobs, or animals. The statue you build can also be a symbol for ideas or values, for example the Statue of Liberty gives people the ideas of freedom and achievement.

Here is our list of 10 Coolest Minecraft statues to build! 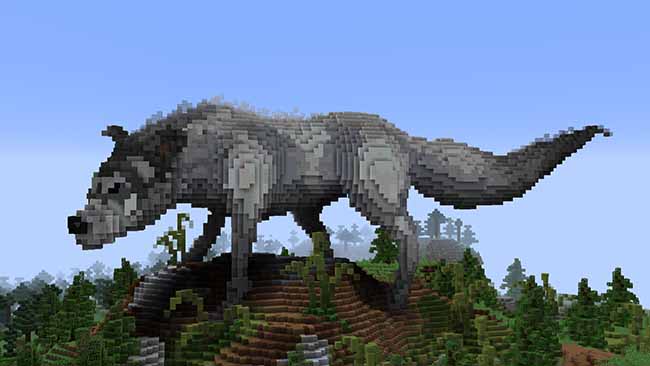 This statue is definitely larger and may take more time to build, especially in survival mode. You could build a statue of a wolf like this one, or build other animals like bears, deer, roaming llamas, and so on. Try to get a reference photo from google of the animal you want to model and try to copy that. Like most statues, the player chose to build this one from stone.

A neat idea for the ocean is to build a statue! And what better statue than Poseidon, the Greek god of the sea? A statue like this will welcome everyone visiting your island or coastline.

The player chose to build this statue from materials found at sea, such as prismarine. 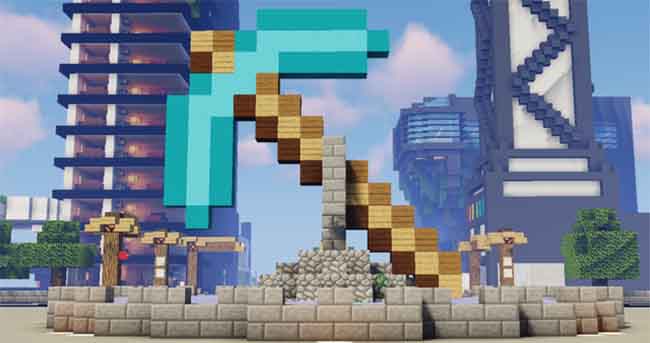 Another cool Minecraft statue idea is to build an item already in the game. This one shows a diamond pickaxe, which could show off that the player enjoys mining or that the building stores mining supplies. Other ideas could be to build an axe, a shovel, a sword, or even a bow.

If you want to take things to the next level, you could add some decorations to build an enchanted tool! Add some blocks around the tool to make it sparkle a little. 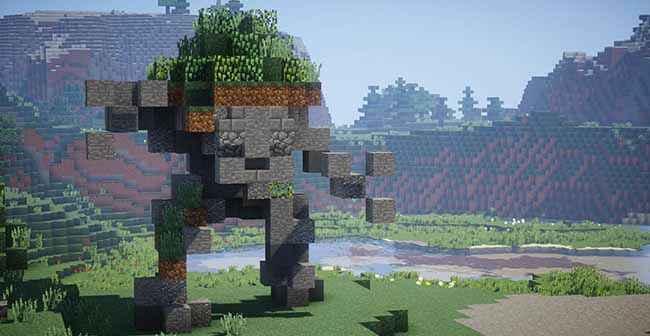 This player built a statue modeled after a minecraft mob in the game. You could easily build a statue of other mobs or animals, such as zombies, skeletons, ghasts, or sheep.

Tip: You can easily use blocks to fit the theme of the mob. For a skeleton, use bone blocks. For a sheep, use wool!

In general, arches always make a nice entryway to a base. They are modeled after the Dothraki from the TV show Game of Thrones. Note that they are made mostly of wood, which is a unique material to use for building a statue. The wood material looks very nice when put in a Savannah or other more dry biome.

Every court building should have some sort of lady justice statue in front of it. This photo shows the classic lady justice, with the scales, sword, and blindfold, as a metaphor that justice is blind and fair. This statue is a little bit large, and you could easily make it a bit smaller to scale with your buildings.

This kind of statue would also look nice in other places, such as in front of a city hall even (if there is some sort of ‘court’ area nearby). 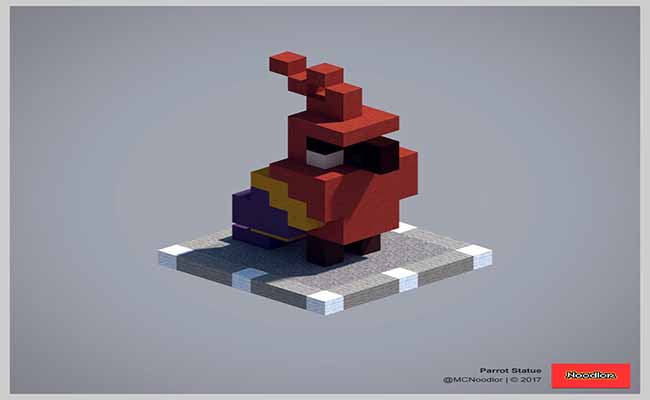 Another statue built in Minecraft after an animal. Parrots are a small animal in the game that can be tamed, and also make for a cool “mini statue”. This one was made by McNoodlor, who has a reputation for amazing (often smaller and simpler) builds. I recommend checking him out for more ideas! 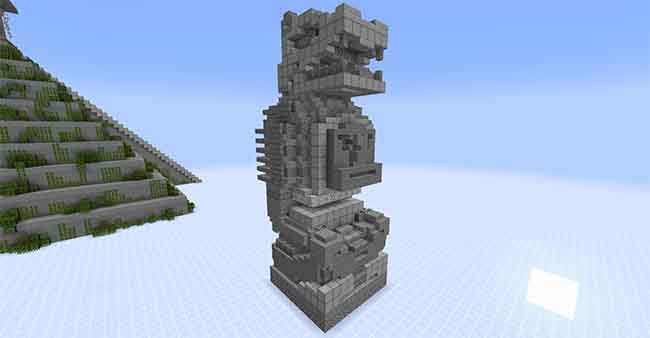 Mayan is a cool building style for Minecraft to consider. With the jungle biomes, there are many Aztec/Mayan blocks to build with. Some examples are the chiseled stone blocks, mossy cobblestone, and vines.

Here, you can also see a pyramid behind the statue, which keeps the whole “mayan” theme alive with the statue. 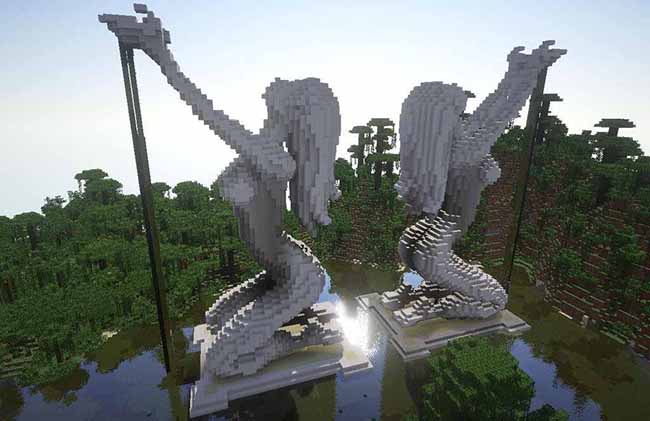 This is an amazing statue that definitely required a lot of talent to build. In this case, it may be too difficult for most players to try but it doesn’t hurt to appreciate it for inspiration. Personally, I think it may look better if the mermaids were facing each other (like an arch). The mermaids would look great in front of some sort of “swamp” temple.

If you are looking for a Minecraft survival challenge, a big statue like this would keep you busy. 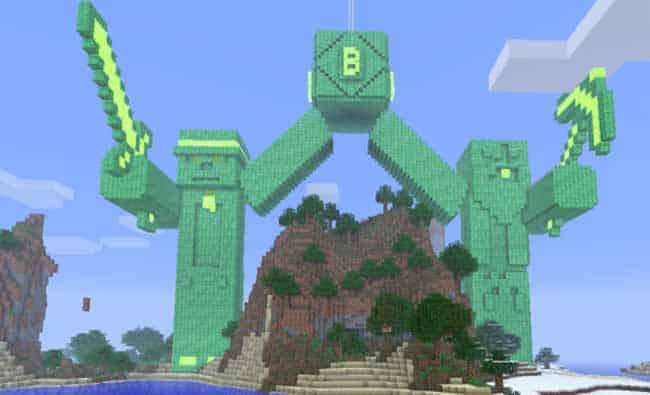 Another archway, this time with statues of players. Again, archways make a cool entrance to any area if you put a road under them. It would be hard to make this one on survival though, since it is made from emeralds. If you are playing on survival, I would use an easier material like stone or quartz.

I liked number eight, but without a linked, detailed video I don't think I will be able to build it in my base. (I know this was multiple years ago and I doubt you'll see it, but if you can find youtube videos on a build pls link them)

cool also how is this helpful when theres only 10, thanks anyways :)