Copper is a new resource added to Minecraft in the 1.17 Caves & Cliffs update. It is mainly used as a building or decoration block and can be crafted into normal blocks, cut blocks, stairs, and slabs. Additionally, some items in the game such as spyglasses and lightning rods require copper ingots as a crafting ingredient.

Copper has the unique property of oxidization and its appearance changes slowly and randomly as time passes in the game. If the player does not want their copper to change appearance, it is possible to stop this process (more on this later in the guide).

Our guide to Copper will explain how to get copper, what it is used for, and the special oxidization process.

How to Get Copper in Minecraft

Copper ore randomly generates throughout the overworld, much like iron ore and at a similar rarity. Also just like iron ore, mining copper ore will drop raw metal pieces that can be smelted into ingots using a furnace. These ingots can then be combined in a crafting grid to create copper blocks for building (9 ingots are needed to craft one copper block). Mining copper ore using a fortune pickaxe will increase the amount of raw copper that is dropped. 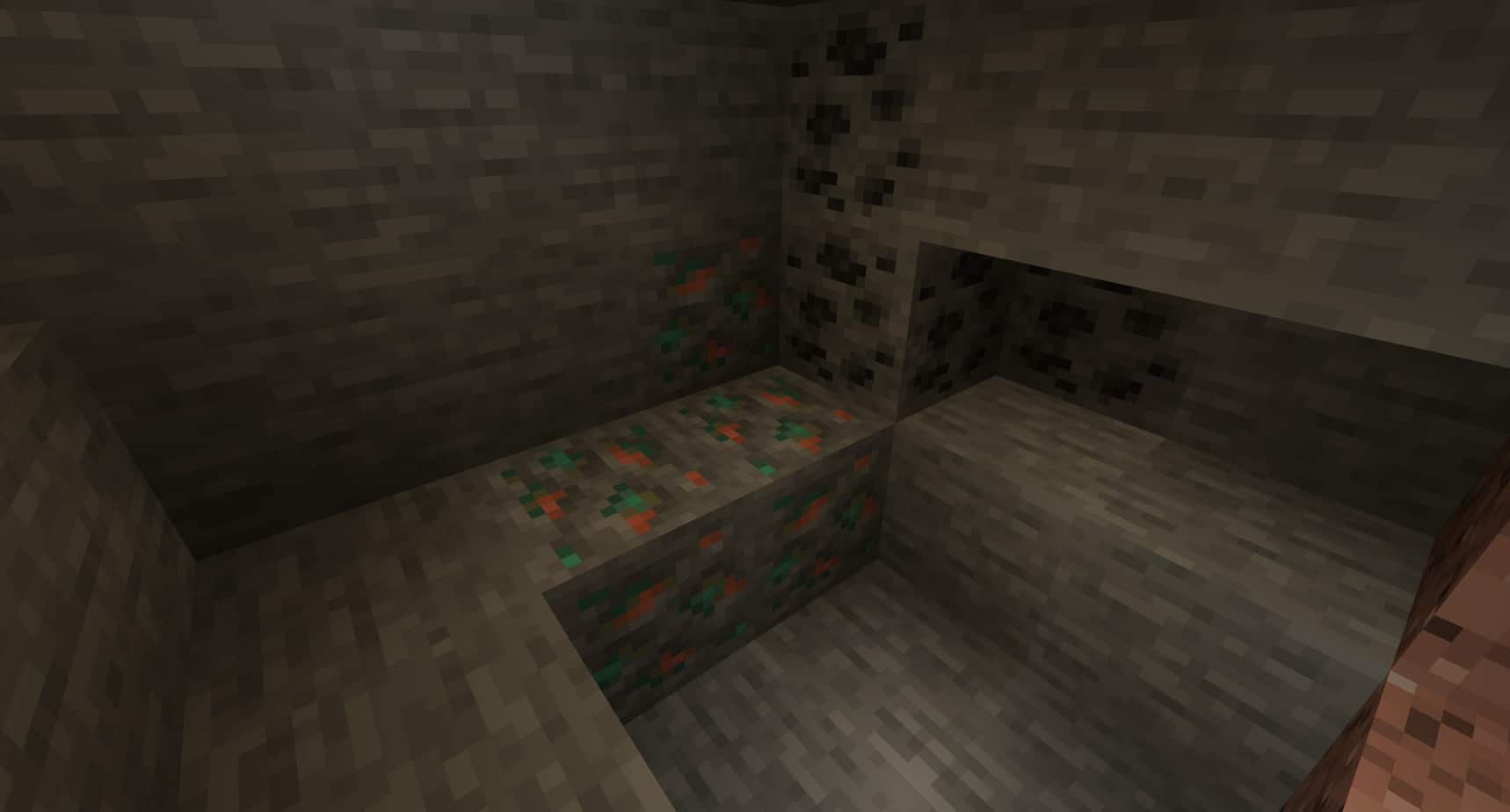 Copper ore naturally appears in caves, similar to where you would find iron.

If you are looking specifically for copper ore, look in the same places that you would find iron ore: caves, mountains, and nearly anywhere underground.

What is Copper Used For in Minecraft?

The main use of copper in Minecraft is for building and decorating. Copper blocks can be used just like other building blocks like stone or wood and provide brown (regular color) or teal (oxidized color) tones. In particular, copper is a nice building material for statues and roofs. Its oxidization properties can also be fantastic for giving an “abandoned” appearance to any structure, if that is what you are looking for.

Since copper can be crafted into stairs, slabs, and “cut blocks”, it is a more flexible building material than other metals like iron or gold.

Copper can also be used to craft spyglasses and lightning rods. 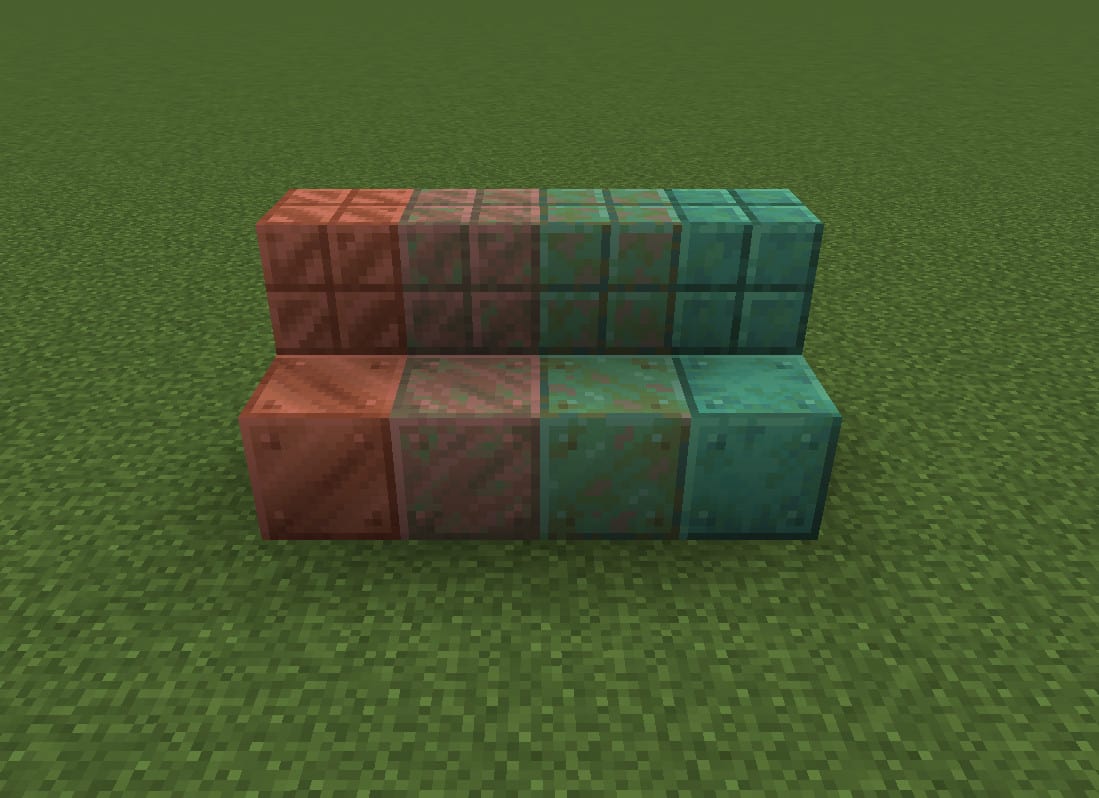 Just like in real life, copper oxidizes over time when placed in the world and is exposed to the elements. Copper blocks, stairs, and slabs will start with a polished brown appearance and slowly change to a teal color over time.

The oxidization process has four stages, including the first (non-oxidized) and final (fully oxidized) stages. Each stage has a progressively different appearance. At any stage, oxidization can be paused by “waxing” the copper block, stair, or slab. Waxing a block is simple: it must be picked up, combined with a honeycomb in the crafting grid, and then placed back into the world. There is no point to waxing a fully oxidized block as it cannot oxidize any further anyways. 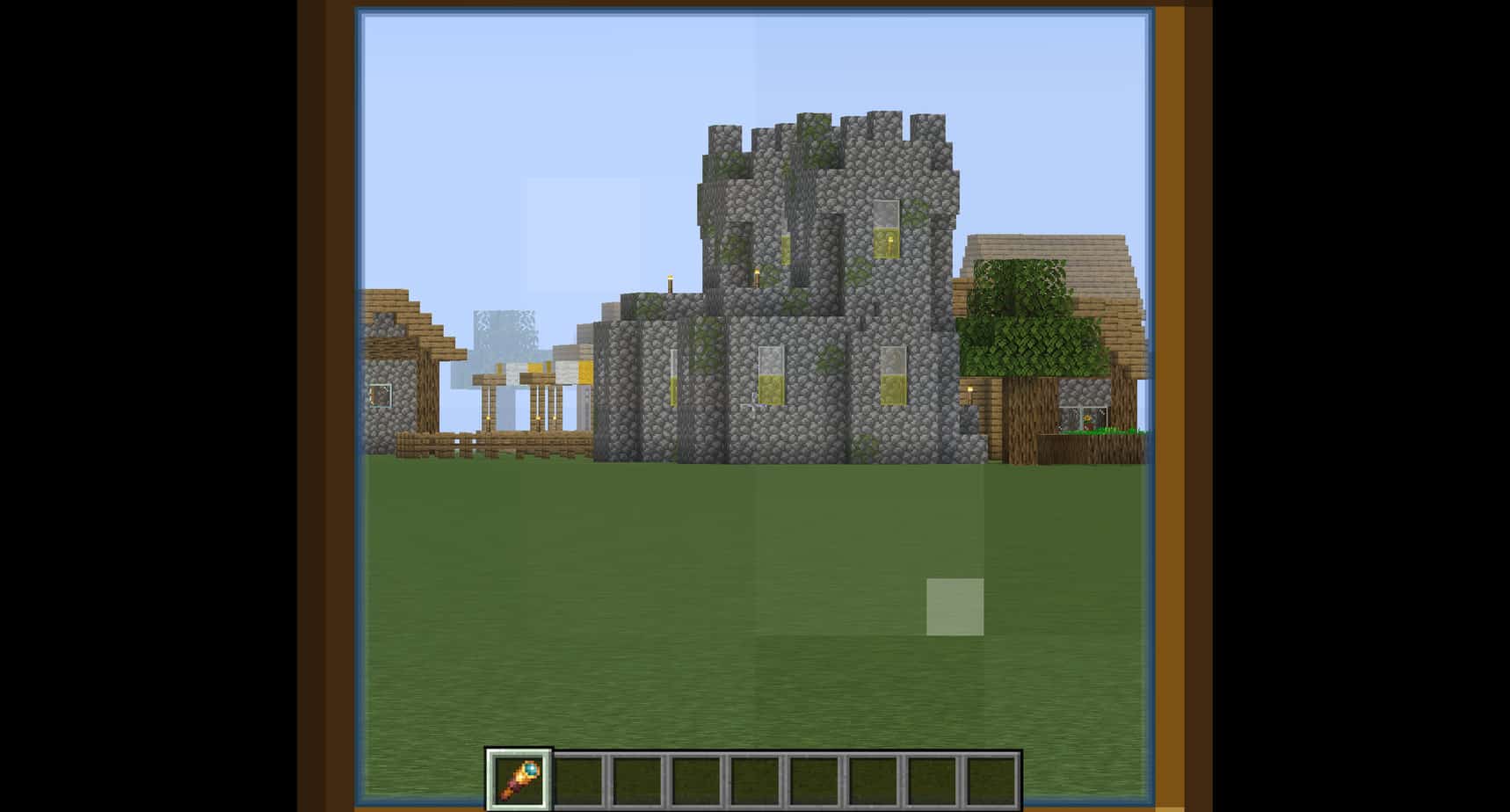 Player view when right clicking with a spyglass in their hand.

A spyglass can be crafted by combining two copper ingots and an amethyst. Spyglasses can be used to look at far away distances more easily, just like a pirate!

It also stops nearby mobs from being hit by lightning, preventing them from turning into stronger enemies (like creepers, which turn into charged creepers when struck by lightning).

A lightning rod can be crafted by combining 3 copper ingots in a crafting table vertically.

You can read more about copper ore on Minecraft’s website here.