Castles are a fun thing you can build in Minecraft. They can be built on either survival or creative mode, and come in many shapes and sizes. When building in survival, think twice before trying to build a massive Minecraft castle by yourself. You might get frustrated or bored and then quit pretty fast.

A Minecraft castle can follow many different building styles, but usually they are more medieval. Which makes sense, since castles are from this time period after all! A medieval build will mostly be built of stone, wood or concrete, which are easy to find on survival Minecraft. If you want to try something different, quartz castles look fancy too and a bit “futuristic”.

Castles usually have at least some of these basic parts: large walls, moats, bridges, statues, large front door, gardens, houses, fountains, hallways, a library, and living spaces. It is up to you which parts you want to include. I recommend having a mix of everything to keep it fun.

You should consider using a texture pack for building castles to make them look even sharper.

Here is our list of the best Minecraft castle ideas:

This cute and simple castle is one of my favorites. Nearly anyone can build something like this because it is small. Despite being small, it has a “cozy” feel and is very welcoming. For step by step instructions how to build this, click on “source” for the YouTube video. Since it is so small, you could consider using more expensive materials to build it. 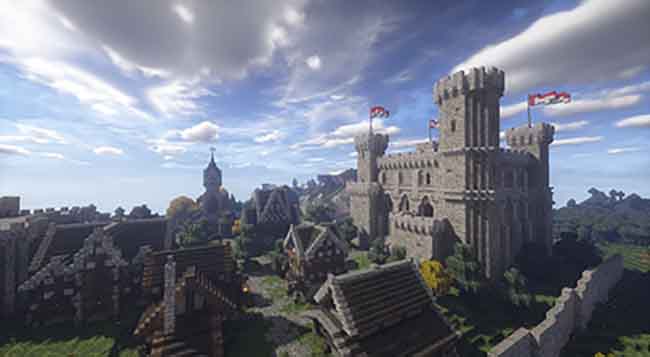 This is also a fairly small castle that has a town around it. I like this idea because there’s a protected fortress for yourself, with houses for other people just outside. This medieval castle is made mostly from stone and wood, making it quite simple for survival mode. 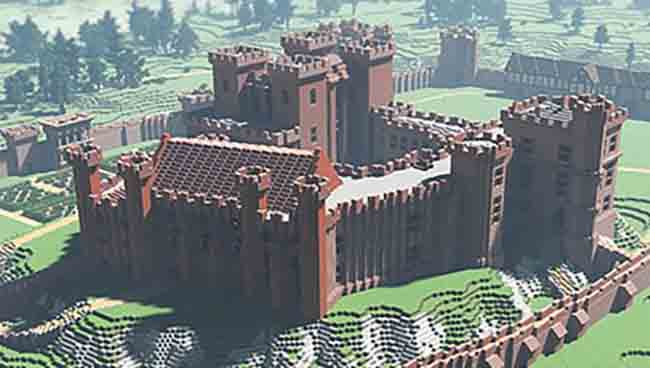 Kenilworth is a real castle located in England, and this photo is a recreation of it in Minecraft. A cool idea for building a castle is to look up a real castle on Google images then try to build it yourself. This is one such example of what you can do with this method.

4. Golden Minecraft Castle on the Water 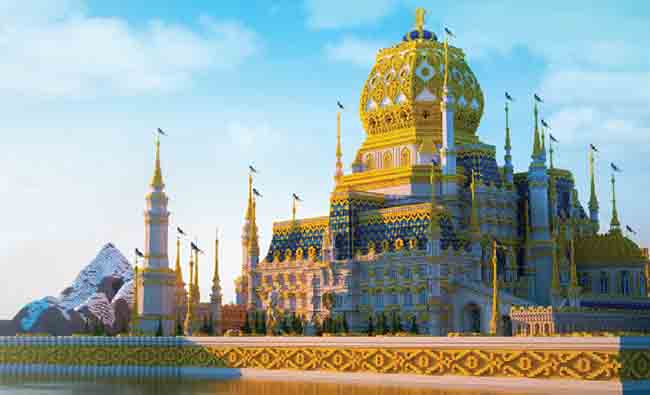 A fancy, golden castle on the water is a good idea for creative mode Minecraft. You could attempt something like this on survival, but keep in mind it would be a lot of work. A project this challenging might be better if you have a group of players on a server.

This build is modeled after a castle in the Shrek movies.

5. Winter Castle on a Hill 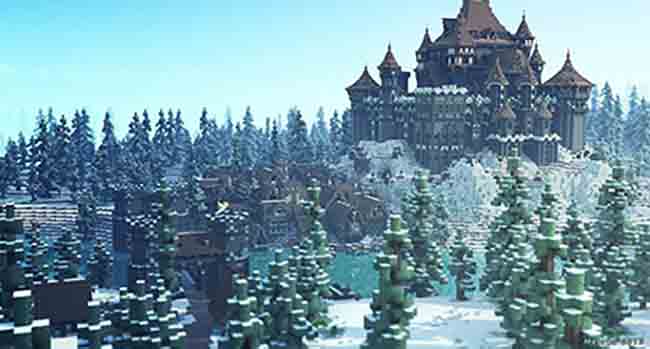 A cozy, warm castle on the hill in Winter is a nice idea for those colder biomes. This castle is inspired by Game of Thrones and may be a good idea for fans of the series! 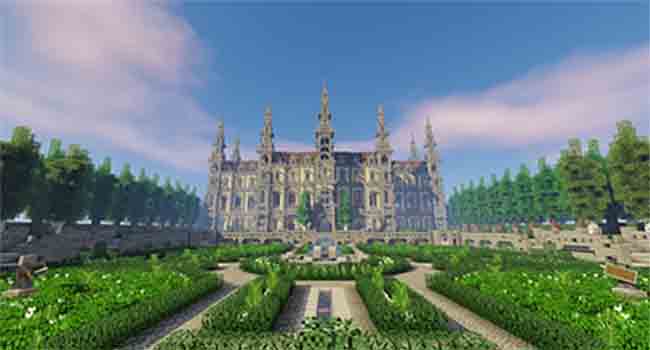 French castles are known for their amazing gardens and large open spaces. At the back (or even front) of your castle, consider having a large garden field with water and fountains. It would make a fantastic view from your bedroom in the castle.

A protected fortress with plenty of walls and other defensive buildings is a good way to protect yourself. Whether it is on a PvP server against players or against mobs, a fortress is sure to protect your valuables.

8. Castle Carved into the Mountainside 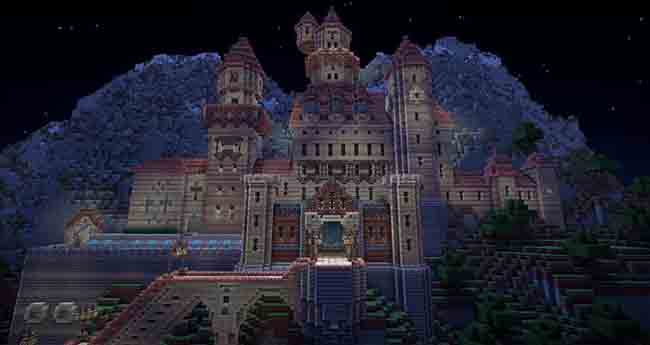 This is a castle which is carved right into the side of a mountain. The mountain will hide your castle a bit from the other side, which can be a good or bad thing. It’s bad if you want to show off your castle, and good if you want to hide it from other people.

With this kind of castle, you can easily build a network of underground tunnels throughout the mountain. In the tunnels you can add things like farms, hallways, storage rooms, nether portals, and more.

If there is a dungeon in the mountain, you can even make a mob spawning farm.

9. Medieval Minecraft Castle With a Gate 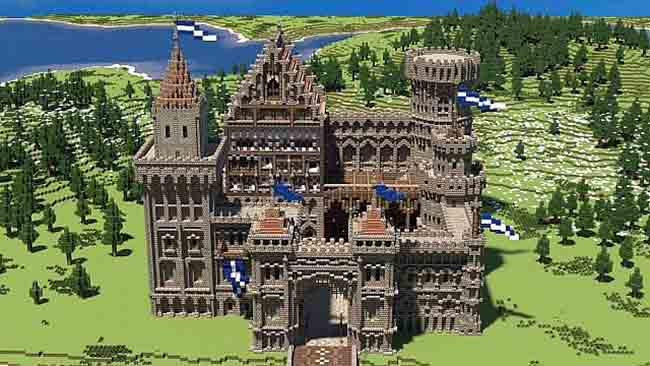 Although this castle is pretty basic, I really like this gate on this one. You can see there is a little bridge/walkway also leading from the front door. This would be a good place to build a water moat (or lava, if you dare) to keep out uninvited players and mobs.

This castle also has a nice little outdoor area right after entering. The courtyard adds a nice decoration right outside the buildings within the walls. 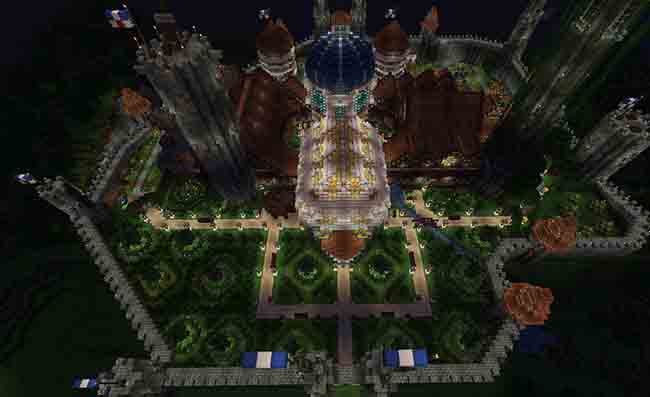 This one has a very wide open courtyard and garden. The walls are fairly far away from the main buildings and provide a lot of space for things like farming or breeding animals. A build like this is a great idea if you have a big open area.

If your land is quite bumpy or rough, you would probably have to do a lot of terraforming (flattening the grass). Keep this in mind, especially if you are playing on survival mode.