Draconic Evolution (DE) is a popular mod for Minecraft which adds end-game content. This mod can be hard to understand for new players, so I have made this guide to help you get started. With Draconic Evolution, you can make powerful armor, bows, energy storage, teleportation, and more. The mod also adds the chaos guardian (or chaos chicken, depending on your mod pack), which is a much harder version of the ender dragon.

Draconic Evolution is a common addition to many modpacks, including Stoneblock 2 and Sky Factory 3. Since the mod is designed for end-game, you probably won’t get to it for a while. You won’t want to even try facing the chaos guardian until you’re mostly finished everything else.

This guide will go over the basics to get you started, including how to get draconium ingots and how to do fusion crafting. We’ll be adding more guides for energy cores, teleports, and the chaos guardian at a later time.

Draconium ingots and blocks are needed for most aspects of the mod. The way you get these depends on your modpack. If you are playing Stoneblock 2 or Sky Factory (no overworld), you will use Mystical Agriculture to grow draconium. 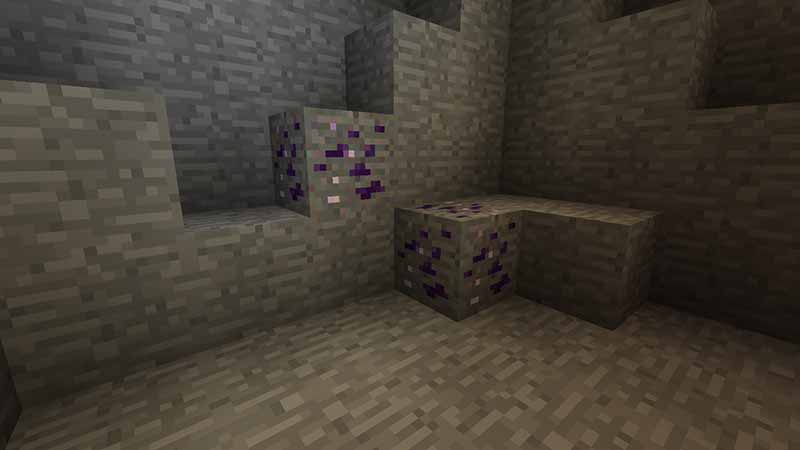 Draconium Ore found while mining underground. This ore will drop Draconium Dust which can be smelted into Draconium Ingots.

If you are on a normal modpack with explorable land and overworld, you can simply mine draconium dust deep underground similar to other ores like diamond ore. Draconium dust can be smelted to yield one draconium ingot.

Once you have a steady supply of draconium ingots, you will be able to move into other parts of Draconic Evolution like fusion crafting and energy cores.

Fusion Crafting is a common thing you will do with this mod. This type of crafting is not done in a crafting grid or workbench, it is done “in the world” with a Fusion Crafting Core and many Fusion Crafting Injectors. The process requires a lot of energy, so make sure you have a major energy source. It is a good idea to put your fusion crafting setup near your storage room so you have easy access to materials.

Fusion Crafting Setup: Crafting core in the center and the surrounding blocks are injectors.

You will need at least one one Fusion Crafting Core and four or more Basic Fusion Crafting Injectors. Once you have these, place them as shown in the photo above. Other arrangements are also possible, as long as the injectors are no more than 16 blocks away from the core. Note that you will have to provide energy to each fusion crafting injector.

All fusion crafting recipes can be looked up with the NEI (Not Enough Items) or JEI (Just Enough Items) mod. Each recipe has its own tier (in order from easiest to hardest to make): Basic, Wyvern, Draconic, or Chaotic. The tier determines which Crafting Injector you have to use. For example, to make an item with a tier of Chaotic, all crafting injectors used must be upgraded to Chaotic or the recipe will not work.

To progress with the mod, you should focus on upgrading all your crafting injectors to at least Draconic or even Chaotic. This will allow you to craft most or all of the items used in the Draconic Evolution mod. The photo below shows the recipe for upgrading a Basic Crafting Injector to a Wyvern Crafting Injector (first tier to second tier). 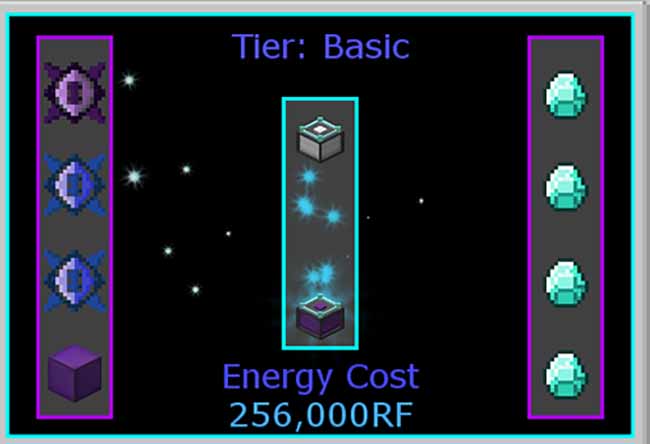 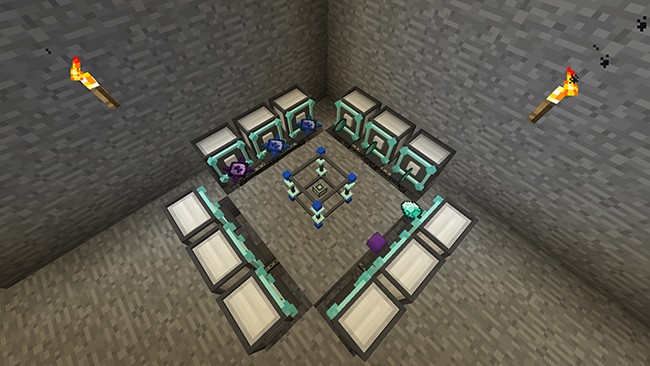 The Draconic Evolution mod allows you to make some of the most powerful armor and weapons in the game. You will have to start by crafting each Wyvern armor piece (helmet, chest, leggings, and boots) which can be done with normal crafting in a workbench. Each piece can then be upgraded individually to Draconic using fusion crafting.

Wyvern armor provides the benefit of an “RF Shield”. Each armor piece can be charged with RF using the draconic evolution “energy infuser” block. When damaged, you will take damage to the RF charge instead of your hearts. This makes it very difficult to die in the game.

Draconic armor also gives you the RF Shield, but with a larger capacity for holding RF. If you have all four pieces of the armor set, you will also be able to fly as if you are in creative mode.