Netherite is a new resource added to Minecraft in the 1.16 nether update and is used to craft the most powerful tools, weapons, and armor in the game. The new equipment made from netherite is even stronger than diamond equipment, especially in terms of durability. As an added bonus, all netherite items do not burn and will also float in lava.

How To Get Netherite in Minecraft

The best way to get netherite is to mine “ancient debris” blocks in the nether. These blocks can be smelted into netherite scraps which can then be crafted into ingots and used to make weapons, tools, and armor. Fortune enchants will NOT increase the amount of ancient debris blocks you get while mining. You will always get one ancient debris block dropped for every block mined.

Ancient debris blocks look kind of like a redish-brown cobblestone, and do not really look like other “ores” in Minecraft. To see what one looks like, check out the picture below. 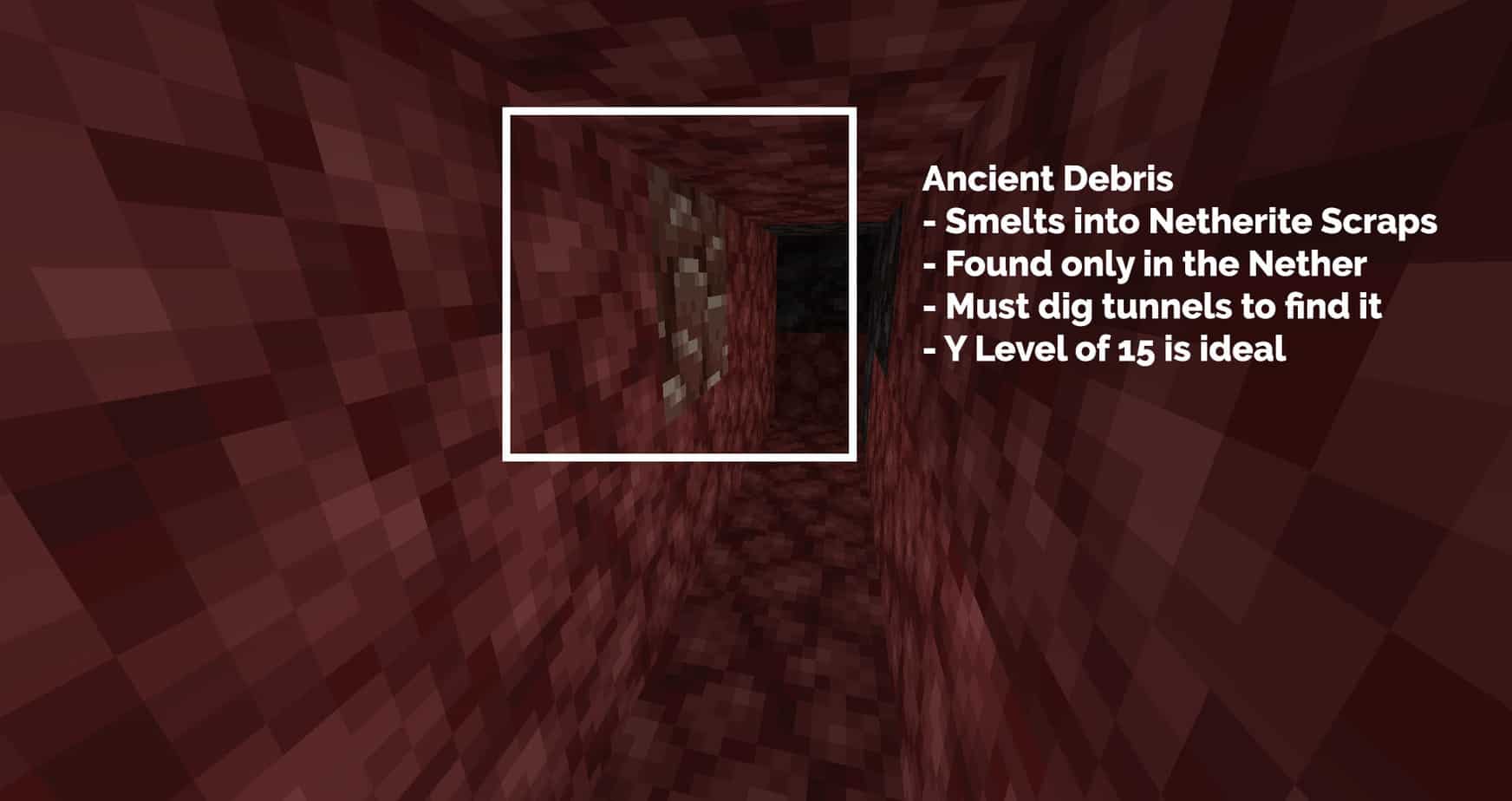 Ancient debris block found in the Nether while mining.

Ancient debris blocks are incredibly rare, even more so than diamond ore. You will have to mine tunnels anywhere from a Y level of 8 to 119 to find it, however the best level to mine for ancient debris is at 15.

As a side note, ancient debris blocks are never found naturally exposed in the nether. You will never find them while “spelunking” or casually walking around the nether, you must dig deeper into the walls and ground to find it.

When you consider the amount of time involved in finding Bastion Remnants and the relatively low number of scraps found in chests, it is much more time efficient to simply mine tunnels at level 15 than to search for Bastion Remnants.

How to Craft Netherite Ingots, Tools, Weapons, and Armor 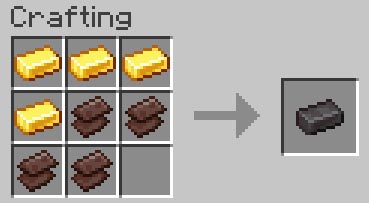 The process is the same for all the tools and weapons as well, including pickaxes, axes, hoes, shovels, and swords.

How to craft netherite tools, weapons, and armor in Minecraft (in a smithing table).

How much better is Netherite than diamond?

Netherite is better than diamond for all tools, armor, and weapons, especially in terms of durability (how long the equipment lasts before it breaks). For armor, netherite provides the same amount of defense points (armor points) with a bonus to knockback resistance and armor toughness. For weapons and tools, netherite does indeed perform better in terms of block breaking time and damage output.

To see how much better it is for each type of gear, see our comparison chart below (Java Edition):

Is Netherite Real (In Real Life)?

No, netherite is a fictional material and was made up for the game of Minecraft. It does not exist in real life and does not appear to be based on any “real life” material.

Can You Swim in Lava While Wearing Netherite Armor?

No, despite the fact that netherite does not burn in fire or lava, you will still take damage when touching lava. If you die in lava, your netherite items (armor, tools, weapons, ingots, blocks) will float like they are in water and can be retrieved.

Thanks for the good information, it can be complemented with this website: https: https://xboxplay.games/minecraft/-how-to-fix-error-code-crossbow-21416